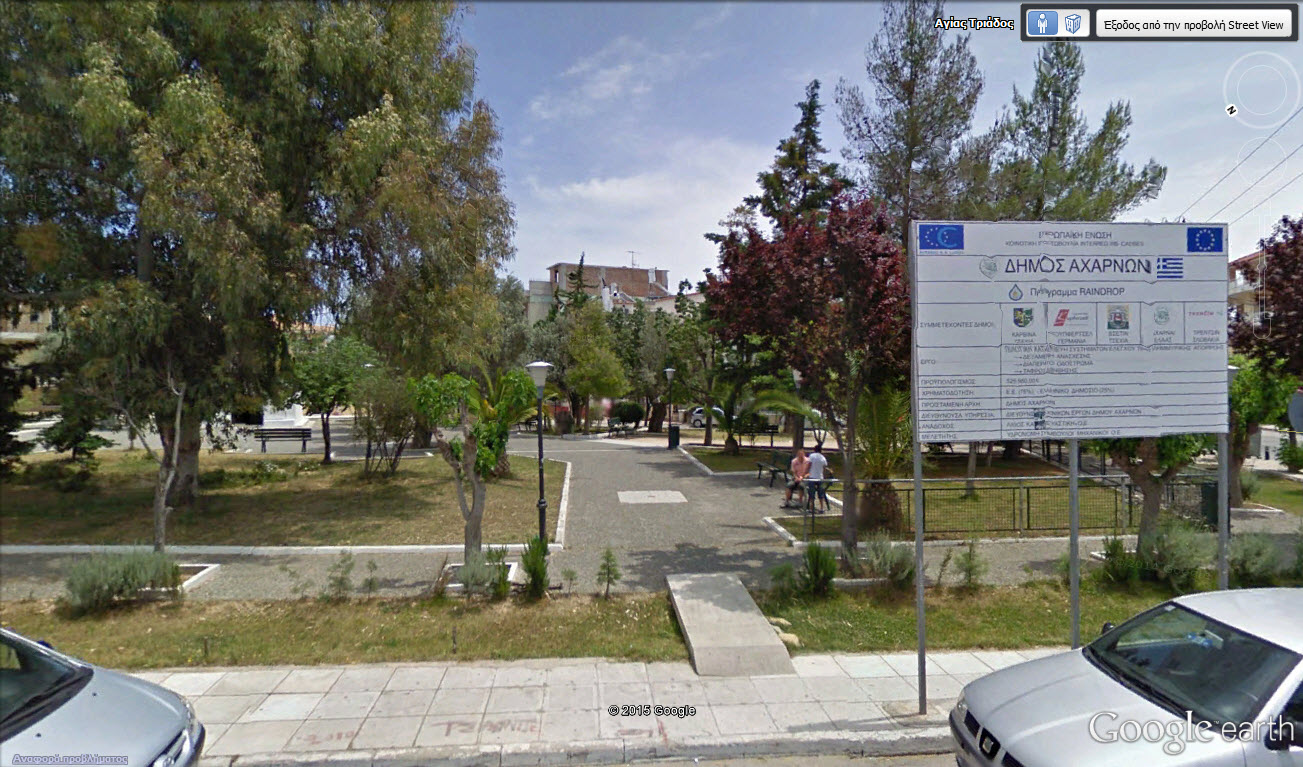 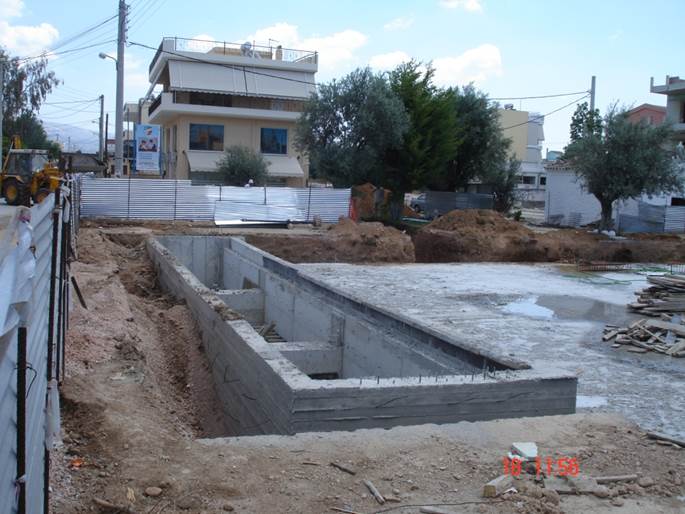 Description of the application

The municipality of Acharnai lies in the NW part of the Athens basin. The city expanded rapidly and in an uncontrolled manner from a little village of 2,000 inhabitants in the early 1900s to a city of 120,000 in the year 2000. The city has no stormwater drainage system due to a series of obstacles: The area is one of the most economically impoverished of Athens, priority was given to supplying water and separate sewer system which actually covers 100% of the city, lying upstream in the Athens basin, storm water from Acharnai is drained through natural streams towards the low-lying and flood risk prone urban areas of Athens. When the Acharnai municipality sought to construct a traditional end of-pipe stormwater drainage network, the Central Stormwater Management Authorities of the Athens Region did not issue the required permit due to concerns raised over the eventual aggravation of the conditions to the downstream areas. In view of the situation, Acharnai turned to Best Management Practices (BMPs) to solve its severe flooding problems without imposing any additional burden to the downstream municipalities. In the context of the Raindrop project, a series of pilot-scale BMPs concentrated in one location (Agia Triada square) were designed, in order to demonstrate the efficiency of such solutions. The following set of BMPs was designed to act "in series" with stormwater overflowing from one system being sent to the next/downstream one in a series of steps: STEP1: The surface runoff is entering through the street to the Porous pavement of 250m3 for retention and infiltration STEP 2: The excess volume is directed to the retention tank of 1500m3. STEP 3: A pumping scheme with a max capacity of 0.5m3/s is emptying in a controlled manner the tank towards both sides of the Trough Trench of 300m3. STEP 4: The excess outflow flows freely to the street. (source: http://documents.irevues.inist.fr/bitstream/handle/2042/25159/0247_225sieker.pdf?sequence=1)

Specific: Big retention schemes are designed in combination with stormwater network: Reducing runoff discharge compared to "classic network only" from 24-->6m3/s, diversion of supercritical flow >14m3/s with lateral weir schemes, tanks ~12m deep with parking above them Generic (final outcomes of RAINDROP project): Methodology for Storm Water Management Master planning (SWM) should be a step by step approach and based on the principles "Maintain as undisturbed as possible the hydrological cycle after the urbanization", "Peak flows and flow volumes will not exceed those before urbanization" and "Fundamentally ecological approach of SWM". (source: http://www.ydronomi.com/files/PP4_presentation_karvina_21-06-2007.ppt)

Estimated financial cost for the implementation of the measures, given as a cost range.

Which flood management measures have been applied? Multiple measures may be specified.

Country in which the application (case study) is located. In case of a transboundary application multiple countries are specified.

Navigate to the Geoportal for more geographic information on case studies